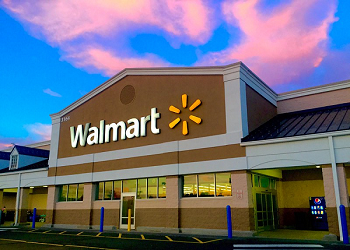 (18 January 2023) US stocks fell sharply today on growing
recession fears as the latest retail sales report showed a 1.1% decline
in December.  Bond yields also tumbled today as PPI wholesale inflation
for December came in below expectations at 6.2%.  Yields are now well
their December lows with the 2-year at 4.06% and the benchmark 10-year
at 3.37%.  Bond yields have been falling in recent months as more
investors become convinced that the worst of inflation is behind us and
that economic growth may be slowing.

So far, this week’s decline coincides with the bearish Mars-Mercury
alignment that I noted in last week’s post.  Mars aspects to Mercury are
usually bearish for the stock market since Mercury is the planet of
commerce and trading.  As a malefic planet, Mars has the potential to
upset or interrupt the significations of whatever planet it aspects.
The probability of a decline was even more likely this week since both
Mars and Mercury were moving very slowly:  Mars stationed direct last
Thursday and was still moving at just 15% of its normal speed today
while Mercury stationed direct this morning (Jan 18) and thus was moving
at less than 5% of its normal speed by the close today.  As a general
rule, slower planets are stronger planets, especially when in close
alignment.  And whenever planetary aspects include a malefic like Mars
or Saturn, a negative outcome in the financial markets is much more
likely.

But now that both Mars and Mercury have completed their retrograde
cycles and are once again moving forward, could the markets be in a
better position to rise?  Yes and no.  The forward motion of Mars and
Mercury is a more bullish influence on sentiment, all other things being
equal.  But this 210-degree Mars-Mercury aspect will remain in close
proximity for several more days.  Therefore, Mercury will remain
afflicted by the negative energy of Mars for the rest of this week at
least.

Moreover, we can see that the angular separation of Mars and Rahu
(28°20) will approximately equal that of Saturn and Neptune (28°56) for
the next few days.  This is an ongoing bearish influence since all four
planets have bearish potentials, especially Mars, Saturn and Rahu.  This
four-planet alignment will remain within close range for longer than
usual since Mars is only moving a few arc minutes per day.   Certainly,
the presence of this bearish energy makes a major rebound much less
likely in the near term and indeed makes further downside more likely.