The Return Of The Debt Ceiling (Again) 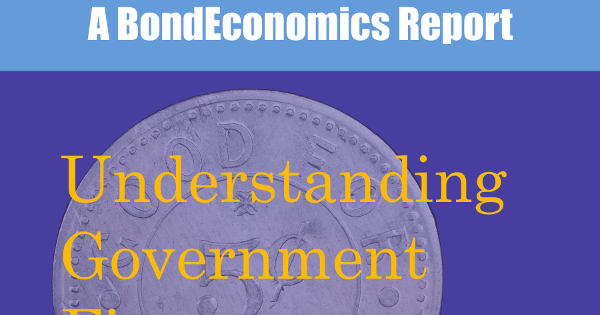 The “floating currency” qualifier is important. If a country borrows in a currency it does not control (e.g. euro), or a foreign currency (e.g., countries borrowing in a hard currency), or pegs its currency to another instrument (gold, another currency), it can be forced to default. If you look at your databases of sovereign defaults, those are the bulk of the cases. There is also the corner case where a country has both local and foreign currency debt, and defaults on both.

Once we exclude those cases — which is the case for most of the post-Bretton Woods developed countries that are not in the euro — we still have some possible reasons for default that are not for involuntary financial reasons.

The recurring debt ceiling crisis is about the last risk in the list: radicals in power want to force a default.

Why Default Was Generally Avoided

The U.S. has managed to avoid a serious debt crisis despite the recurring debt ceiling dramas. (There was a hiccup in 1979, but it was papered over quickly.) The reason is straightforward: most American politicians do not want to have to explain to their donors why they cratered the financial system. Somebody finally caves in on something to break whatever impasse there was in negotiations.

Will this time be different? Although I recognise that the latest crop of Republican lawmakers is even more radical than previous ones, my guess is that there are still enough Republicans with a sense of self-preservation that a deal would be struck at some point ahead of a default.

Although minting high denomination platinum coins appears to be a legal way to break the impasse over the debt ceiling, the White House is clearly not excited about the prospect. Establishment Democrats include a lot of of fiscal conservatives who do not mind the debt ceiling theatrics. The rest of the establishment is probably relying on “normalcy bias”: various gimmicks used to stretch out the time for negotiations worked in the past, so why will this time be different?

Past precedent is that they would only look at The Coin as the very last possibility, and it will be a long time to get that stage. The fact that some Democrats are calling for the Platinum Coin gives President Biden a useful negotiating tool — he is not threatening to mint the coin himself, but he has colleagues who are willing to do so. This gives the President a lot of leverage — since his ultimate threat overrides the threat of default.

It is safe to say that the debt ceiling drama will go on for a long time. I could be horribly wrong and there be a default, but I would still lean towards the “last minute” negotiated solution.