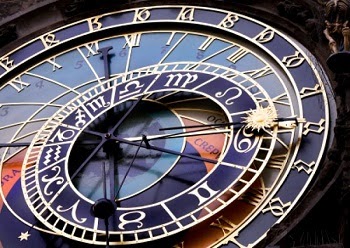 (28 December 2022) Out with the old, in with the new.  As we
approach the start of 2023, it is good time to consider the
astrological promise of the year ahead.  Although it does not have any
specific astronomical importance, experience tells us the New Year’s
chart cast for midnight, January 1 can accurately highlight themes that
will be important for next 12 months.  For example, New Year’s charts
which are largely free from affliction from malefic planets (Mars,
Saturn, Rahu/Ketu) can signal years where the world as a whole seems
more focused on positive growth and forward development.  However,
sometimes the planets in New Year’s charts are marred by bad aspects
from the likes of Mars and Saturn.  These afflicted Jan 1 charts can
therefore become a warning of upcoming difficulties that are more likely
to disrupt the global order.

Given last year’s Moon-Mars conjunction in sidereal Scorpio, for
example, I suggested that “military conflict” could become a major
concern.   Indeed, the war in Ukraine became a huge problem in 2022 both
in terms of human suffering and in terms of economic consequences from
surging inflation and widespread energy shortages.  While I was largely
off the market in my call for further Covid-related problems, I was more
correct is suggesting that the affliction of Mercury could translate
into economic hardship.  Specifically, I thought that Mercury’s
conjunction with Pluto and aspects with Rahu and Mars could indicate
“higher inflation and higher interest rates” along with “slower growth
and lower stock market returns in 2022”.  These predictions have largely
come to pass as 2022 has brought a major stock market decline in most
countries as inflation has forced central banks to hike rates to their
highest levels in almost 40 years.

Sad to say, however, that Mercury is again involved in a difficult
Saturn alignment for 2023. As the planet most closely associated with
the economy, Mercury (29 Sagittarius) is retrograde and aligned with
Saturn (28 Capricorn) and Neptune (28 Aquarius) on January 1.   As both
Saturn and Neptune are unwelcome influences here for Mercury, it seems
likely that the global economy will fall into recession during 2023.
Mercury-Saturn alignments are more specifically identified with
slowdowns, but the addition of Neptune here makes the overall picture
somewhat worse.  Of course, Neptune was front and center in the 2020 New
Year’s chart that suggested some kind of epidemic was possible during
that year.  Its further involvement in 2023 means that the pandemic
could remain an ongoing concern in the New Year, either in terms of new
variants or simply by virtue of its economic knock-on effects such as
further supply-chain disruptions.  And we should note that Mercury is
further afflicted by the 135-degree alignment with Mars (14 Taurus).
While not a full-strength Vedic aspect, the 135-degree alignment
translates as a conjunction in the Vedic D-8 ashthamsa chart.  One
possible interpretation would be economic setbacks (Mercury) due to war
and conflict (Mars).

We can also see a close aspect between Rahu (North Lunar Node — 17
Aries) and the Sun (16 Sagittarius).   Since the Sun symbolizes rulers
and government, the Rahu aspect can mean interruption or perhaps a
deposing or replacement of a world leader.  The Rahu-Sun aspect is often
bad news for governments as well and increases the chances of a change
in leaders or at least a major change in policy.

One particularly interesting feature of the chart is the near-exact
conjunction of Venus (3 Capricorn 33) with Pluto (3 Capricorn 35).
Venus is a benefic planet and symbolizes women, of course, but also art
and anything of value, including money.  Pluto is a more malefic energy
and represents power and coercion as well and the general concept of
transformation.  One interpretation of the Venus-Pluto conjunction would
be ‘female power’, as if there could be a further move towards woman
holding positions of power in the world.  But an alternative perspective
could be the ‘transformation of value’ such as we see through
cryptocurrencies and the possible rise of digital currencies.  Given the
recent turmoil in the crypto market, it may be more likely that the
Venus-Pluto conjunction could represent the launch of the first major
central bank digital currency, for better or worse.

Overall, the New Year’s chart for midnight January 1, 2023 is reason
to be realistic about the next 12 months for most of us.  It seems
likely there will be more troubles that we need to endure before we can
come out the other end of the current difficult period.  While 2024
could well deliver more of the same, there is good reason to hope for
better days in 2025.

As expected, stocks have generally moved lower in this post-Christmas
week.  The Santa Claus rally has yet to appear as 1) Mercury aligns
with Mars and Venus and 2) Saturn approaches its alignment with
Neptune.  Both of these alignments are bearish influences that have so
far negated any bullish seasonality.

And with Mercury due to turn retrograde early tomorrow morning (EST),
there seems to be little reason for this down trend to reverse higher
in the coming days.