FintechIndia Is A Digital Finance Leader And Poised For Explosive Growth

India Is A Digital Finance Leader And Poised For Explosive Growth 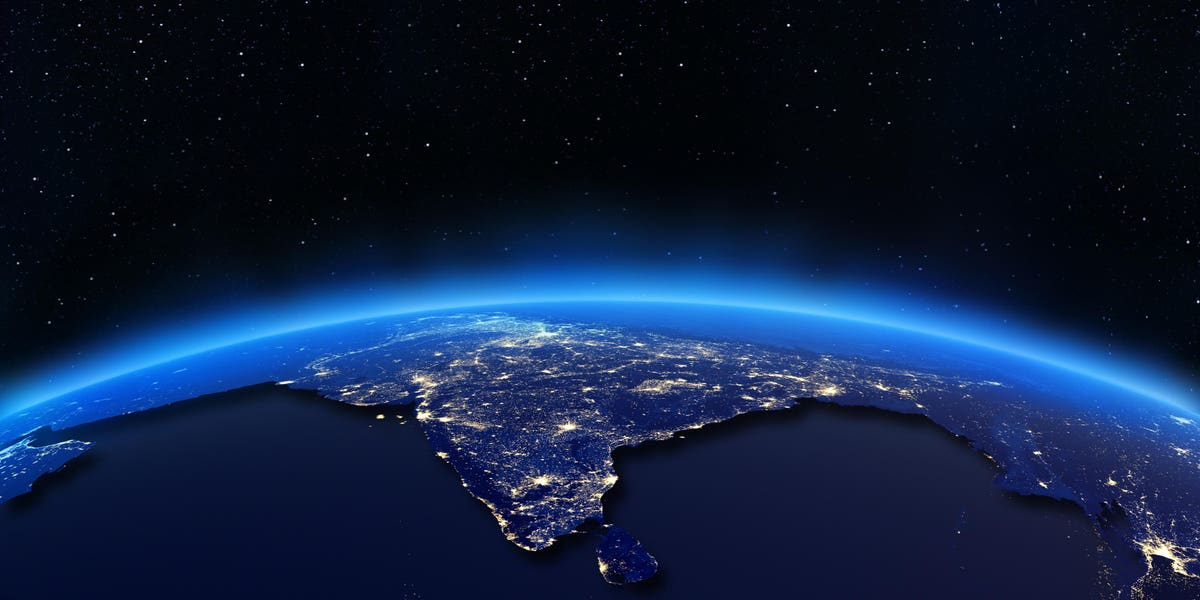 For India, digitization is a part, although a large part, of the country’s ambitious modernization program.

“India is building a digital country and I think that’s what is going to serve it well over the next decade,” wrote Ajay Krishnan, lead portfolio manager for the $425 million Wasatch Emerging Markets Select Fund, in a report released in May 2022. Investment analysts from Wasatch Global Investors, based in Salt Lake City, Utah, have been visiting India for more than 20 years and think it has already accomplished substantial digitization and is poised for more rapid growth.

“Investors under-appreciate India’s digitization push,” Krishnan says. Over the past five years, India’s government expanded broadband internet infrastructure and created a public digital-payments system so everyone has a bank account as well as a secure, cloud-based digital locker to store, share, and verify documents. Combine that push with a young, digitally savvy population, and India is starting a virtuous cycle that could last for years to come,” he wrote.

Wasatch wrote that India has been creating 30 kilometers of highways per day and expects to reach 40 km a day soon. The county is connecting 50 million people to electricity each year, greater than the population of Spain. “The country is also on track to build cutting-edge metro systems in all of its major cities. Moreover, India has set a target of constructing 220 new airports by 2025.”

In an important soft skill, India has the second largest number of English speakers in the world after the U.S., noting that English is the global language of business, Krishnan says. IBEF notes that India has the youngest population globally, with an average age of 29; more than 68% of Indians are below the age of 40, out of which 70% of users are already on the internet. India’s middle class is expected to comprise a billion people by 2030, 70% of India’s population. It is projected to surpass China in population in 2023.. Crucially, India will gain more than 110 million people of working age while China will lose several million and have a growing number of aging retirees. A United Nations model projects China’s population, 1.4 billion today, peaking in 2028, then shrinking to 700 million to 900 million by 2100.

In June, Ian Bremmer of the Eurasia Group said, a Shanghai Academy of Social Sciences issued a report — immediately suppressed — that China’s population actually peaked last year, and will decline steadily to 587 million in 2100.

Digitization in India builds on the foundation of Aadhaar, a biometric identity program that has enrolled more than one billion people (99% of the country’s population as of June 2021 — IBEF), providing each individual with unique, verifiable identity credentials that are crucial for digital interactions with government, marketplaces, P2P payments and financial services.

“Aadhaar is at the foundation of much of India’s digital, financial, legal and regulatory progress,” added Krishnan. “India enrolled more than one billion people in

Aadhaar in about five years, which is approximately three years faster than it took Facebook to reach one billion users.” India is looking into exporting Aadhaar and reports indicate about 20 countries may be interested. The Unique Authority of India (UIDAI) has partnered with the World Bank and the UN for the deployment of the Aadhaar digital ID architecture outside the country.

India’s digitization efforts is led by the national government which started close to home — by digitizing government services, more than 300 so far in India’s case. The government’s Digital India programme has aims “to transform India into a digitally empowered society and knowledge economy”.

It has placed highest priority on promotion of digital payment services with the slogan “Faceless, Paperless, Cashless.”

“The Vision is to provide facility of seamless digital payment to all citizens of India in a convenient, easy, affordable, quick and secured manner” through the Unified Payment Interface (UPI) which is the platform for several digital payment services including Google Pay, Paytm, PhonePe, Airtel Thanks or the Reserve Bank of India’s Bharat Interface for Money (BHIM).

UPI has made India the largest real-time payments market. As India develops a digital currency backed by the Reserve Bank of India (CBDC), its central bank, Aadhaar could enable the bank to provide an account for everyone. India’s official digital currency is in the works and would be launched by 2022–23, according to the Reserve Bank of India (RBI). CBDC transactions do not require a bank account, which is crucial in developing countries where a third of the population lacks access to traditional finance but has mobile internet access. With an Aadhaar number and a smartphone, an unbanked Indian customer can easily transact using a mobile app. This means that governments in the industrialized world will quickly incorporate those who had previously been excluded from the financial system.

The country’s Unified Payments Interface (UPI), a free service, is a mobile app that lets people transfer money to friends and pay bills without the need for credit cards. India’s country’s Direct Benefit Transfer (DBT), launched in 2013 can take advantage of that, making delivery of benefits faster and reducing fraud.

India’s explosive digital growth has been largely through mobile phones to connect to the internet — its telecommunications network is one of the world’s largest with over 1.1 billion mobile subscribers. The number of internet users has risen from 343 million in 2016 to 846 million in 2021 and new users are being added at over seven million per month, it added. A pillar of Digital India is Universal Access to Mobile Connectivity, which aims to provide coverage for the villages in India that don’t currently have mobile-phone service, Wasatch wrote. Reliance Jio provides India’s largest 4G network which Wasatch says is extremely low-cost and delivers much higher voice and data capacity and uses less bandwidth compared to outmoded technology. By 2021 the country had about 846 million internet users and was adding more than seven million per month.

At times adoption of digital processes runs smack into perhaps the largest bureaucracy in the world with entrenched hierarchies and customs left over from the British Raj. Millions of those bureaucrats are ripe for replacement by technology which could streamline government functions, if permitted. Shivam Vj, writing in ThePrint wrote that “Nobody, not even a strongman leader like Narendra Modi, is able to make the Indian bureaucracy reform its ways — reduce the number of needless steps in their perfect SOPs, and make people’s lives easier. The bureaucracy seems to exist to make people’s lives tougher, because each cog in the wheel is only trying to be faithful to its own desk. Nobody looks at the larger picture and there is little accountability.” K Yatisj Rajawat, CEO, Center for Innovation in Public Policy, wrote that “Without reforming the bureaucracy, it is unimaginable for India to reach its goals… Power within the bureaucracy is highly centralised, leading to delays in decisions and consequent project failures. Training is focused on only the Class A employees while The remaining rungs of a system that employs more than 20 million people are not seen as important enough to train.”

Fellows from the International Innovation Corps at the University of Chicago reported on their observations as they consulted on a management information system (MIS) for a digital literacy program. They found the civil service maintained rigid job roles — top officers delegated work such as composing Word documents or checking email to “scribes” — stenographers or typists. “This is so embedded in how the civil services operate that even when an officer is competent to check email, compose Microsoft (MS) Word documents on their own, they will have the stenographers/computer operators to do this work for them”

McKinsey, in a 2019 report, remarked on the fast changing digital scene in India: “Our analysis of 17 mature and emerging economies finds India is digitising faster than any other country in the study, save Indonesia—and there is plenty of room to grow: just over 40 percent of the populace has an internet subscription.”

Internet subscriptions quadrupled in both 2017 and 2018, it added, “turbocharged” by competitive offerings from telecommunications firms. While India’s growth was second only to Indonesia’s, McKinsey added, it still lagged well behind “the four most digitised economies of the 17: South Korea, Sweden, Singapore, and the United Kingdom.”

McKinsey Global Institute remains optimistic and thinks the country could be truly connected by 2025. “We find that core digital sectors such as IT and business process management (IT-BPM), digital communication services, and electronics manufacturing could double their GDP level to $355 billion to $435 billion by 2025, while newly digitising sectors (including agriculture, education, energy, financial services, healthcare, logistics, and retail) as well as digital applications in government services and labour markets could each create $10 billion to $150 billion of incremental economic value in the same period.”